Staffed Food Stations Must Replace Buffets - It's the Law 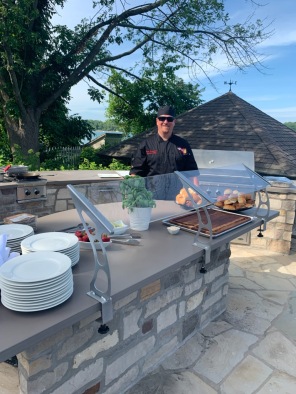 With the long awaited announcement on Monday that allows for events of up to 100 throughout most of Ontario, Caterers are scrambling to work out how they can adapt to the new regulations that govern food service.

Doug Ford categorically stated that Buffets are not allowed, however after delving deeper into this and in consultation with Toronto Public Health, the regulations are not about how the food is set out, rather, whether it is covered and who actually serves it. The ban on buffets is really a ban on being able to Self Serve!

Taking into consideration the new regulations that require food to be covered and served, the simple solution is the addition of sneeze guards with staff to assist. This allows caterers to still be creative, setting out an enticing display of food at weddings and other events and the guest can still control exactly what is put on their plate.  This will no doubt increase labour costs along with the outlay for purchasing sneeze guards but in reality it is the only solution for many caterers. 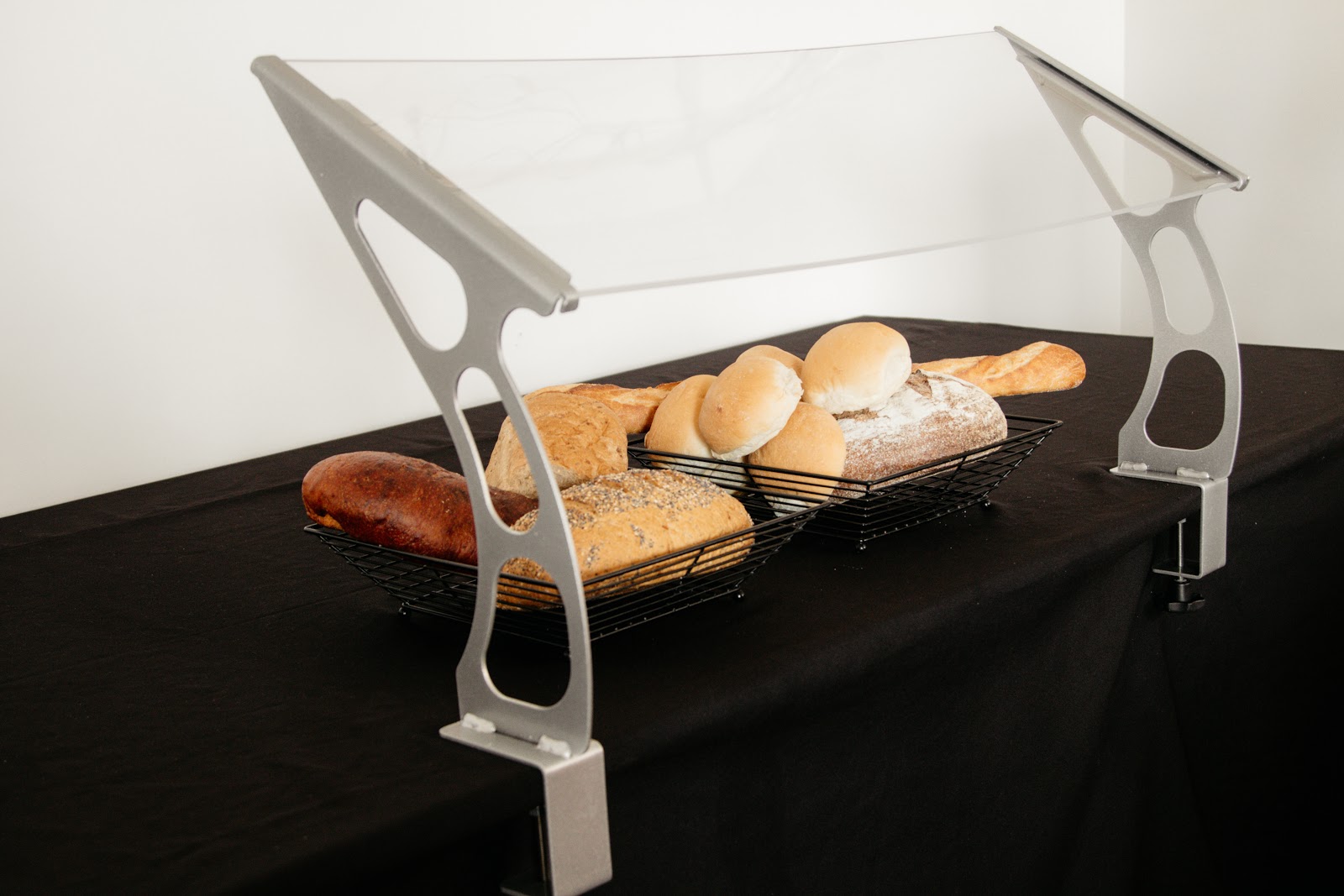 Food Stations have been gaining popularity in recent years where a Chef carves a juicy roast, or a server builds items such as tacos in front of their guest, this style of service will be the only route for caterers in the foreseeable future as guests helping themselves is no longer an option.

Sneeze Guards that allow food to be passed to the guest will be required in order to comply with new regulations and to help maintain consumer confidence.  Off-site caterers that have to deal with windy barns and tents have been able to find a solution in a uniquely designed sneeze guard that clamps firmly to any table top and folds flat when not in use making them ideal for easy storage and transport to events.  The screens also help in distancing clients and servers while showcasing the meal being served. 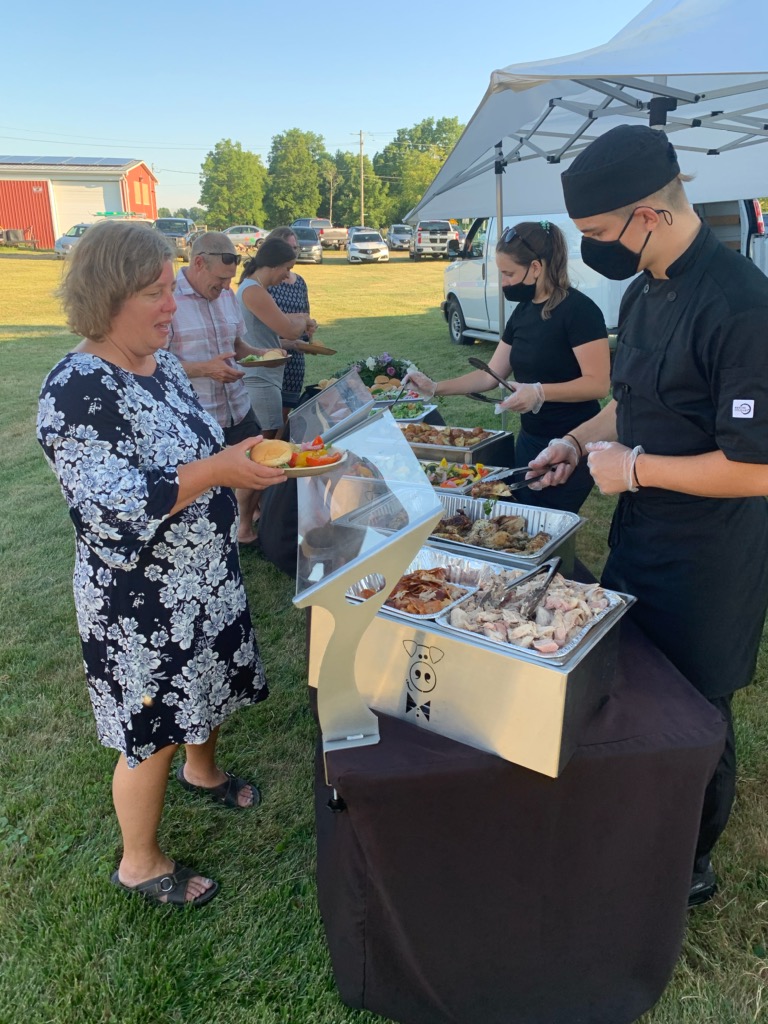 Alan Dickson developed the design after realizing that the products on the market would not work in off-site locations due to the influences of the weather and environment unlike retail operations that can simply build a shield between their staff and customers, for caterers the shield needs to allow for food to be passed.

Plated meals are simply not a viable option for many venues such as barns and tents that do not have temperature controlled kitchens, so, manned Food Stations are the only viable solution that allows caterers to be creative and guests to enjoy having control over what goes on their plate.

The portable sneeze guards were developed out of necessity, as Scottish designer Alan Dickson says, “necessity is the mother of all invention”. Alan’s wife operates a large scale event catering company that mainly services weddings and large corporate events, most of their clients book buffet style service and he knew he had to come up with a solution to be ready for re-opening.  The Portable Sneeze Guards are available from DicksonsCateringEquipment and are made in St Catharines, Ontario, Canada.

Are you looking to start a BBQ catering business? Let us help you: unique roasting system, sales and operational support with free training. Work at something you love.